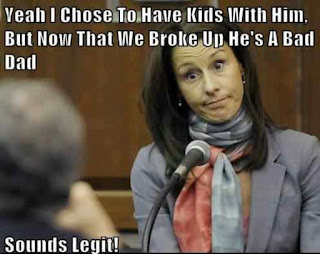 This topic, like others, I've been reluctant to share on but I'm just gonna be real:  This is my perspective and if this shoe fits you or not, I mean... I just pray it places something on your mind to help you grow.

See... I had the idea planned.  I found myself, early 20's - divorced and then pregnant by a married man.  Did I plan that? No...like who honestly REALLY wants to live that, right?

I imagined the perfect life growing up.  I was going to go to school, get married, have two boys and a girl with a little dog and live happily ever after.  If you've read any of my titles, you know that this "plan" did not go as I planned. Why? So many variables but listen...

As I recall the heartbreaking reality...I had to come to terms with the fact that that was my life.  Was I pissed? YES! I mean, who wouldn't be? But after a good look at myself I had to take accountability for ME; for MY decisions.

Fast forward to a re-marriage and re-divorce and then I was not only a single mother but a single mother with two men as fathers of my children of not one, not two, but three children!  What happened? How? Why? I mean, I could go into the emotions of all that but really it's in my books and I need to stay on topic, lol.  But here's the thing.  I had to reflect on how I ended up in those positions to not REPEAT those actions to get me in that same position.

So first, I had gotten married prematurely; without wise counsel and jumped into an ocean with not even a hint of a lifeguard around.  I was unequally yoked spiritually, and I knew it. Not to say that I regret my children, but I regret the decisions I made in conceiving them.  Fast forward to the child born in adultery.  I had so many warnings and ways out - I knew better and could have chosen them but I didn't.  So when this man walked away at the announcement of her conception - I could not fathom the reality I'd chosen.  But here is the thing - I chose every decision - some spirit led after the fact but most flesh.

When I took responsibility for my own actions, it was then that I realized that it was now me with these children single handly to raise.  Now, this is not to bash their fathers; overall I have to say that I am grateful for the fathers of my children because they are not absent, however - I could no longer fix my mouth to complain about a load that I made the decision to carry.  No matter how present they can be, still nothing is like being in the household 24/7.  And this is what I see with so many women. 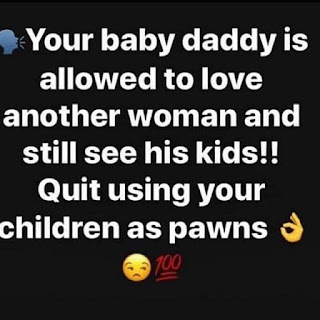 A man only paying a certain amount of child support that you mock, should never be an excuse for your children to go hungry or without.

Mainly, if you are a single mother - there is GRACE for you.  But you have to remove yourself from a place of blame and to a place of victory in understanding that no matter what circumstance you became a single mother in - more than likely, YOU made decisions to play a part in that.  Whatever load you are carrying, it is indeed yours and the reality is - you must carry it with peace for your sake!

Another thing - If the father of your child moves on and is married, his first obligation is NOT to you nor that child - it is to his wife and family because that is who his established covenant is with! Now, before you cuss me out, I'm not saying a man shouldn't take care of his child with physical and financial obligation but understand that there is a biblical order.  I don't have time to go into this at the moment but recall Sarah and Abraham with Ishmael.  And yes, I also understand that a man who doesn't take care of his own is worse than an infidel so don't go left or right.  What I am referring to is order, and any wise woman will encourage her husband to be active in the child's life as well as provide.  This is a no brainer.  Once again, this is referring to the order. Listen, children are a blessing and I believe that. However, understand that many times they are our consequences in the midst of sinful decisions and we have to deal with that.  So if the father of your child is married now, respect the order regardless of how you feel about her or their marriage.

So many people don't respect the order of God's family and believe that a man's wife or a woman's husband has no position in a child that was brought along with the marriage.  This is where much confusion comes from and children are being used as pawns to cause division in homes that others don't respect.  Dang, that's so a different topic.  How did I get that?  Ok, anyway...

Listen, ladies:
I've had several times where for whatever reason, my children's fathers could not either be present physically or financially.  But there has never been a time where I had to stress about their provision because YAHWEH provides.  I'm NOT my kid's mother and father.  And yes, many days I have carried heavier loads than I wanted to and sometimes I have cried, cursed, or thrown temper tantrums because "My life wasn't supposed to turn out like this."  Remember? Married, three kids, and a dog? But as wisdom spoke to me: "We live and we die by the consequences of the choices we make."

If you choose to lay down out of wedlock with a man and that sin produces a seed - accept the responsibility of your actions without bashing a man for being absent.  Your focus should be on repenting and then allowing your Father to bring you back to that place of grace where He can show you that He loves you and that He is there for you. 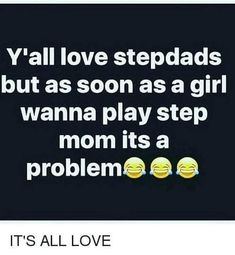 In reality, you just have to take your experience for what it is and do better!  Don't get in the exact same situation over and over again and expect a different result because your insides jumping!  Now Lil' Poo done had three, four daddies and families and can't even trust their own daddy! Ladies, NO.

HEAL. BE DELIVERED. Set your life on course with Yahweh's plan for your life.  And for the life of your child/ren don't LIVE through your them and idolize them! OMG...another topic - my gosh!

All in all, let's just end THIS topic with HEAL.  I've shared with you a glimpse of my testimony so you can't say I'm being partial.  No, I understand what it's like and I've had some bitter moments but in those bitter moments, I never found peace.  My peace came with an understanding that I am only responsible for my actions and if I want different results, I need to make different decisions.  I can't unbirth my children or choose different fathers.  I hate that mainly for them because I feel like they deserved better but let me tell you - Yahweh is a Lord of grace and He can change situations in your life in a heartbeat and fill every void.  I had to let a lot of hurts go. I'm still (just to be real) dealing with situations that aren't "fair" but it is the reality I chose, based on the decisions I made and with that I'm ok.  I wish the father of my children nothing but success and peace because I'm sure they may contemplate their decisions and wish things were different for their children too.  I stopped judging their hearts and their actions because I'm not their Lord, I don't know what their intents are.  I move by love as much as I can and I pray for them because ultimately they will forever be apart of me because of the seed we share.  Me talking ill on them and cursing them is just like cursing my child!  See, when you're healed you can see things from many perspectives, not just your own.

The "bitter baby mama" syndrome is real, and it is rampant and I'm not writing this from a personal point of view.  This is not directed towards any particular individual but as I stated in the opening clause, lol, if the shoe fits - please acknowledge it and let these words penetrate into your spirit.

Until next week -
Love & Peace
#zoedeespeaks

p.S. "Confessions for Wives" is free today on Amazon! The physical copy is $8.50 PLUS free shipping!

#freeebook ‼️ONE DAY ONLY‼️ 10.4.2019
amazon.com/author/zoedeespeaks
Synopsis:
Purpose of ConfessionsThis collection of prayers was originally compiled in August 2013 by the creator of the #PrayingWives group after consistently watching demonic attacks upon marriages in the area of infidelity and distance in relationships. The purpose of this document is to use the Word of Yahweh and one’s faith to fight for their marriages. After seeing multiple breakthroughs for the wives that actually applied these confessions daily in their lives, the decision was made to make the confessions available to the group and now, anyone who needs them.“The tongue has the power of life and death, and those who love it will eat its fruit.” Proverbs 18:21 NIV
Purchase the Paperback for only $8.50 + FREE SHIPPING TODAY ONLY!
PayPal.me/ZoeLife/8.50
CashApp $zoedeespeak
(Include address in notes section.) 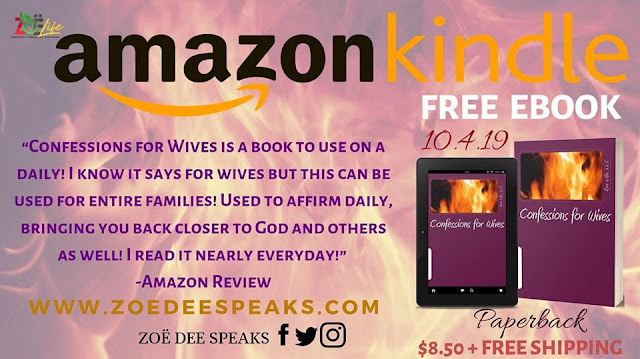